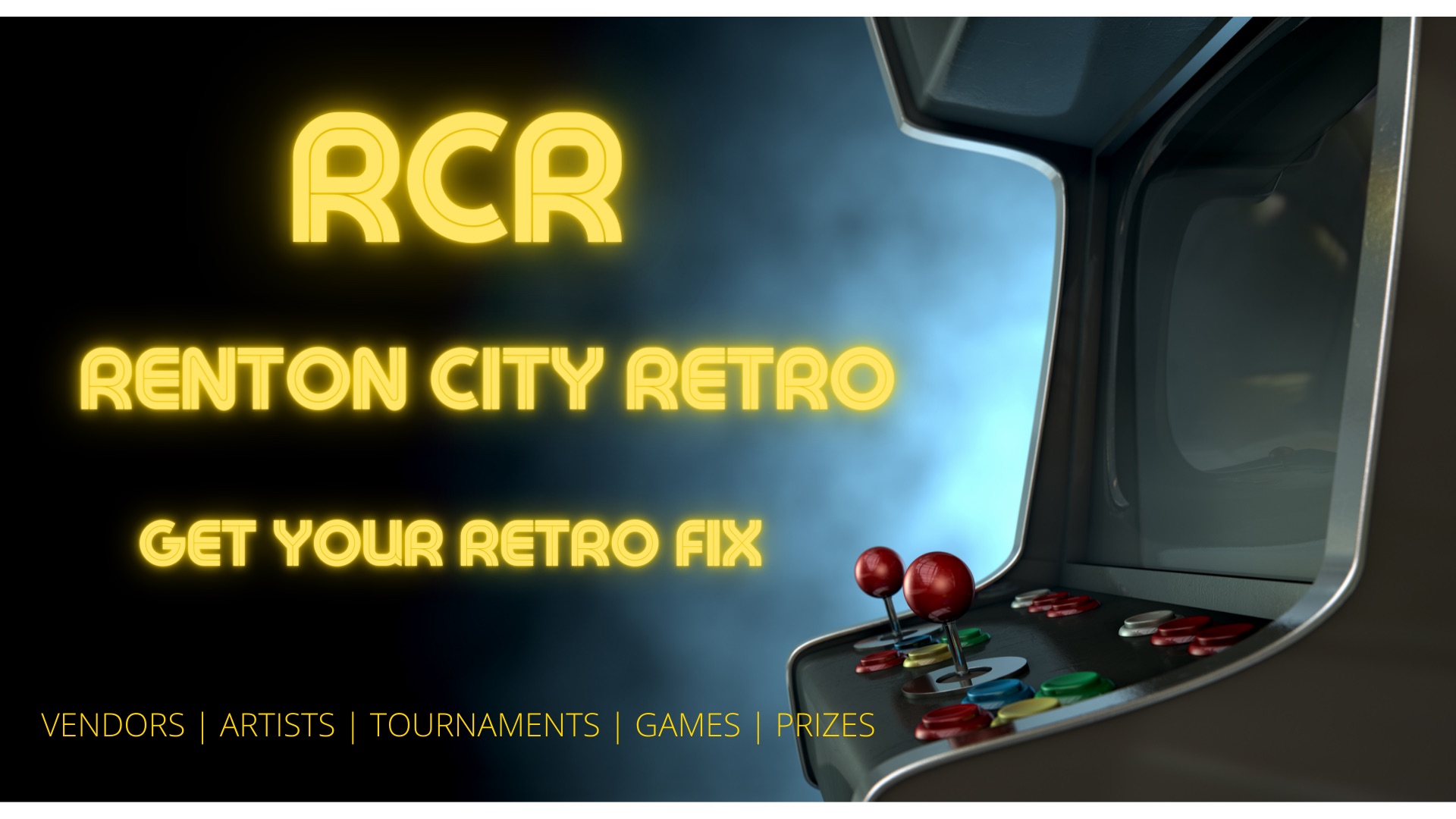 We are back at Full Capacity!

Come join us at the Renton Pavilion Center in Downtown Renton.ll We will have ARCADES, Toys , Comics, Funko pops, Video games, Local artists , Anime, Celebrities guests and much much more!

Stay safe and thanks for your continued support!


*Standard Covid Protocols will be in place

Come join us at the 7th annual Renton City Retro! There will be virtual reality, free play arcade, Indie games, vendors, special YouTube guests, an artist alley, tournaments, panels, food, a beer garden and more! Join us May 30-31st, 2020 at the Renton Pavilion.

Join us for a fun, unique family friendly experience that both
casual and hardcore gamers will enjoy!

How It All Began


Renton City Retro started in 2014 when some gamers had a gathering and realized there is a demand to buy, sell, and trade video games. Our passionate crew put together a small show in Lake City, WA and drew about 200 attendees. With such rapid growth, we couldn’t hold it at the Lake City Community center anymore. So, we moved to Kent Commons Center and sold over 1000 tickets. With a huge increase in attendees, we knew we had something big. Since then Renton City Retro has become a non-profit and is back for its 7th annual gaming show now located at the Renton Pavilion. Check Out Our Events